A ludic approach to cinema

Under the supervision of Bernard Perron

The concept of film-viewing-in-progression (spectature-en-progression) – namely the perceptive and cognitive activity of a viewer watching a narrative fiction film – was at the center of this research. Applying notions of cognitive sciences introduced in film studies granted the possibility to actualize – and to shed new light on – this activity. More specifically, this research program has investigated a theoretical path uncharted in film studies: the notion of play. Thanks, among other things, to the creation of documentary resources, it has laid the foundations for a very fruitful analogy between narrative cinema and play.

Play is a fertile ground to study the cognitive interactivity between the viewer and the film. Because, with the current ludification of culture, the contemporary film viewer is ultimately nothing more than a spectator ludens. Narrative fictional films were thus considered as “game sessions” and divided between two poles: the ludus-ilinx pole — largely represented by blockbusters — and the ludus-agôn pole — encompassing films with convoluted narratives. Insofar as the use of the notion of play to better define film-viewing-in-progression and narrative cinema always involves detachment, and that solving a puzzle or a mystery is always a second-degree operation, this research program has also begun to study narrative multimedia hypertexts that literally transform the viewer into a player. It has served as a stating point for the analysis of interactive movies.

Grant Social Sciences and Humanities Research Council of Canada (SHRC): For a Ludic Approach to Cinema (2001-2004) 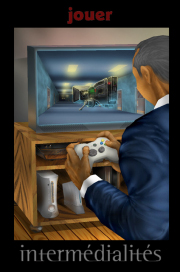 Homo Ludens. “Man the Player”, a term Johan Huizinga suggests is better suited to our species than Homo Sapiens (the wise man or the rational man), and Homo Faber (“Man the Maker”). Although, as Jacques Henriot recalled, we should resist the idea that play is “a fundamental factor in everything that happens in the world” (freely translated), the importance of video games today can only underline Huizinga's conviction that “civilization arises and unfolds in and as play” [(1938) 1950, p. 3].

From media-arts arts to literature, through video games and cinema, this issue reflects on the gamification of culture and media. Although they address eclectic themes, the articles can be grouped into two distinct approaches. First, several authors chose to focus on the relationship between fiction and play, as well as the mediations they produce. Whether concerned with the interactions between the real, the virtual and the fictional within video games, the conflicted reality-fiction space created by “exposition cinema”, or the redefinition of a notion of “off-play” through the auctorial and/or spectatorial activity, all the articles insist on the eminently ludic nature of fiction. The second path questions two fundamental theories of play and games: one that finds its main interest in the interpretive and learning-driven aspect of play and another that associates games with an anti-aesthetic form that ultimately leads to destruction. 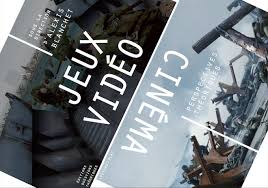 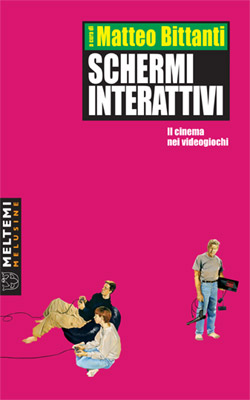 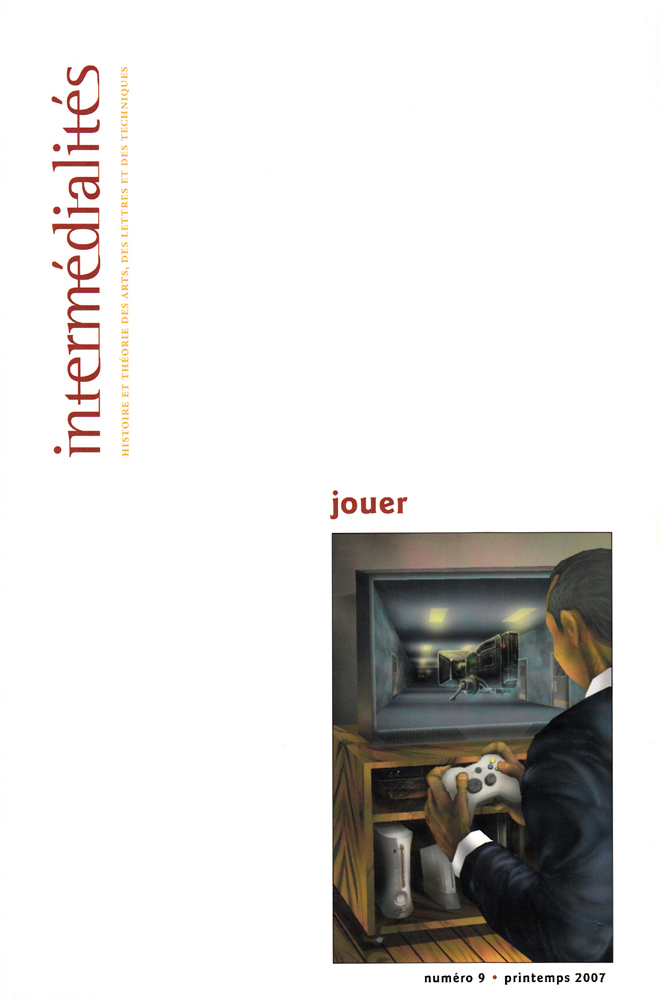 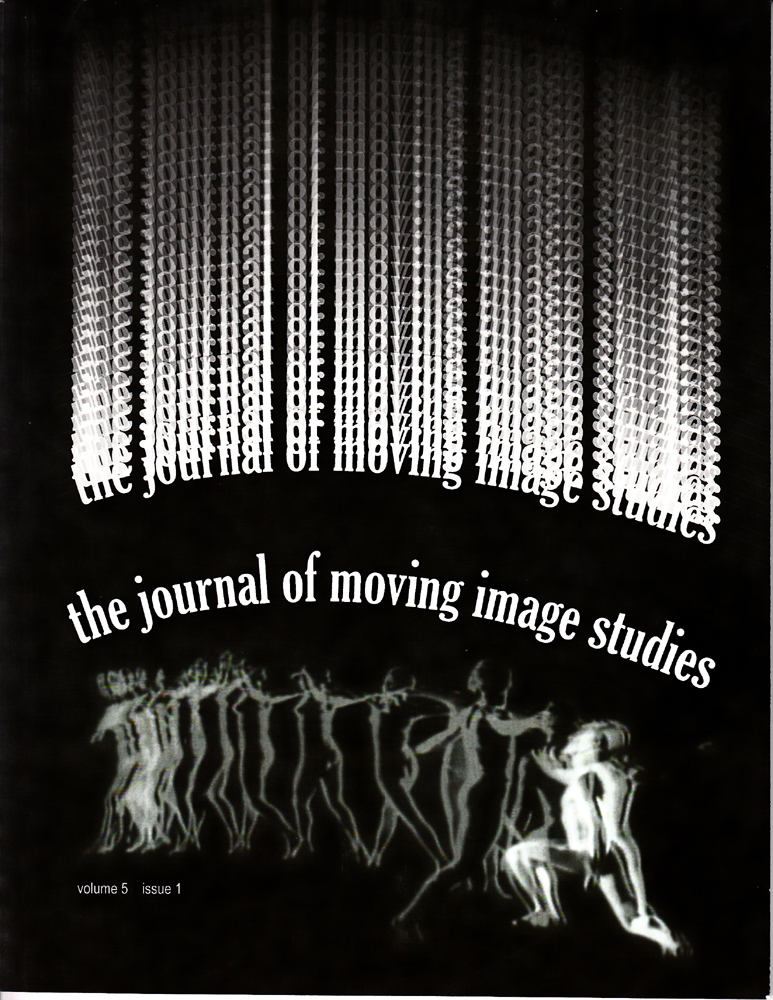 In a chapter of her book Les idées reçues. Sémiologie du stéréotype (1991), Ruth Amossy deals with the industrialization of the fear and associates the fiction of terror to play and games. It is precisely this relationship between stereotype (a monster hiding behind every sign once said Barthes) and playfulness that this paper wishes to clarify. Borrowing concepts from social cognition, cognitive psychology, literature studies and theory of play, it studies the details of this "repetition within the diversity that insures the effect of the stereotype" (Amossy).

To do so, this paper makes a textual analysis of the genre film Anaconda (Luis Llosa, 1997). Furthermore, it shows how this film, introducing a huge snake as the monster, is designed as some kind of snakes and ladders game. It demonstrates how stereotyped characters, here the documentary film crew (composed of one Hispano-American director, one Black-American cinematographer, one British narrator, and one White-American scientist), are pawns that the director can "move". Following or perverting specific genre rules known by the spectator, those "moves" are also intended to make the latter "move around" the space or, to be more precise, the playground circumscribed by the fiction, i.e. the Amazon River. For instance, some moves, which could be called ladders-displacements, will make the characters and the narrative stride along, while snakes-displacements will eliminate pawns or thwart expectations.

This paper concludes by showing the generalization of this design regarding the horror and the monster movies (the Snakes and Ladders displacements analogy can obviously be applied to other movies that do not include a snake as monster) and underlining that it is finally in a playful or ludic exchange that stereotypes take all their value. 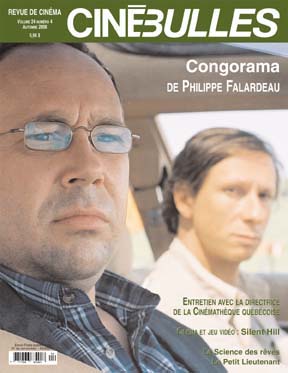 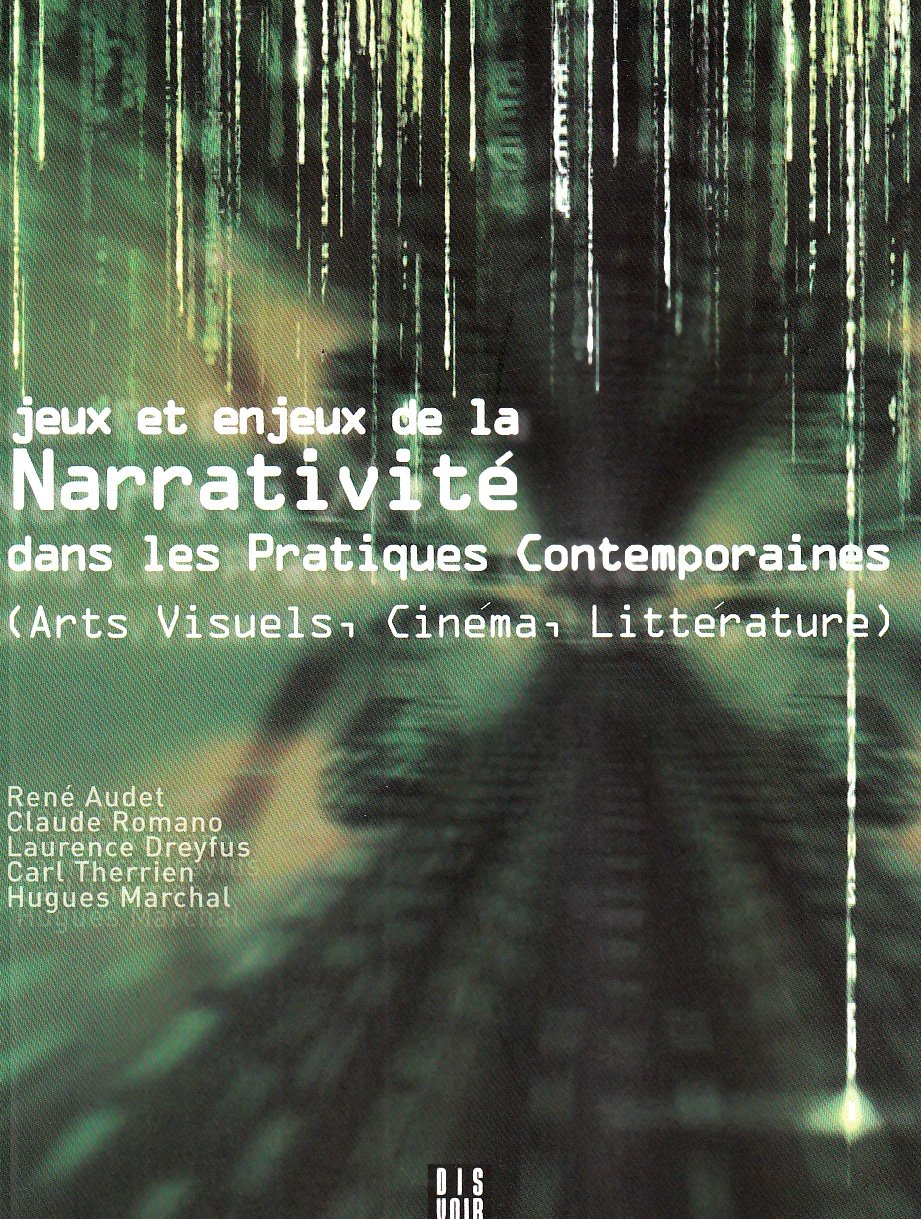 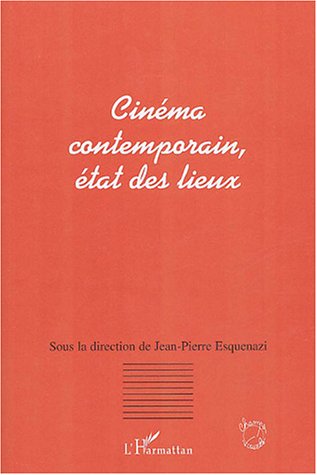 This paper studies the various bonds between cinema, video games and the concept of play. It explores the changes entailed by these connections upon the production, reception, and consumption of films. If, as Guy Scarpetta (among others) pointed out, the advent of postmodernity gave back to playfulness the value it had lost within modern cinema, video games have obviously accentuated this dimension beyond all measure. “The video game trend, as noted by Alain Le Diberder, did more than upheave the film industry, it imposed a new relationship to its audience: interactivity” (Cahiers du cinéma, n° 503, june 1996, freely translated). As such, if it was once helpful to frame the spectator as a decoder or an interlocutor, it has become essential to perceive her/him as a player. Contemporary cinema can no longer be conceived without a reference to play. 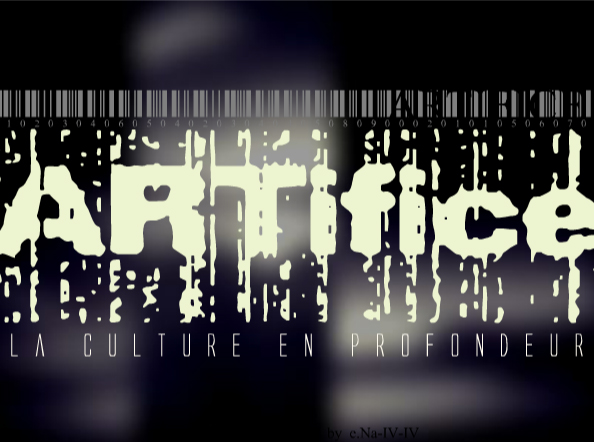 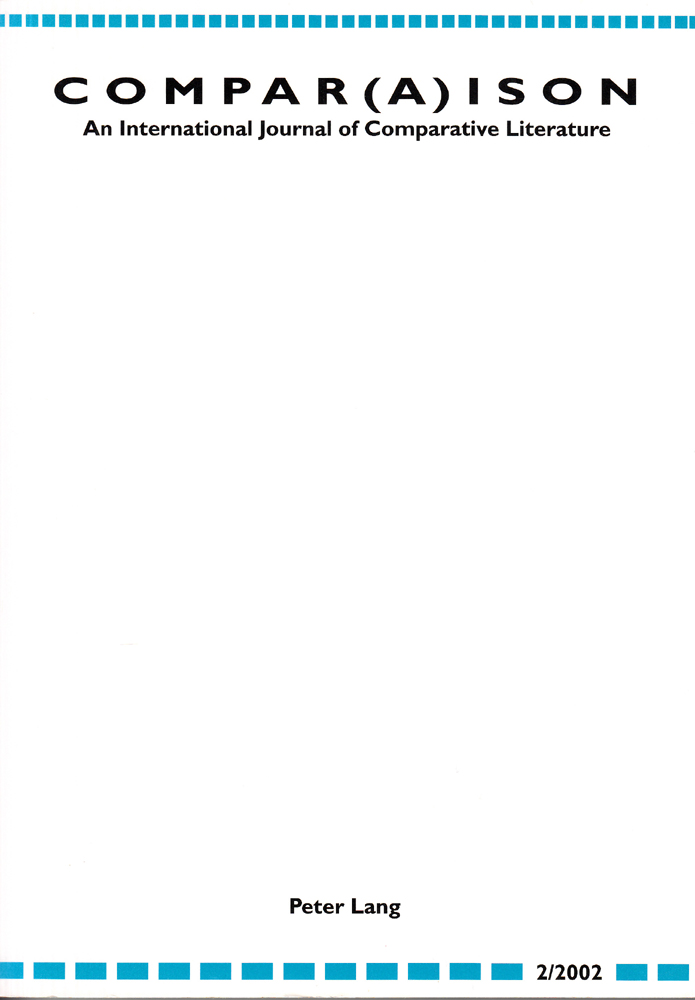 This paper studies the foundations of the analogy between cinema and the concept of play. It first presents the notions that either are contributing or are opposed to this analogy. Among the former, the author discusses Truffaut’s understanding of the art of suspense, Jean-Marie Shaeffer’s shared ludic pretending (feintise ludique partagée) as well as certain positions held by Michel Picard about reading-as-play. Among the latter, the author refers to Colas Duflo’s critique of the blurry definitions of play and Espen Aarseth’s distinction between narrative and ergodic text (or cybertext)

Secondly, apprehending fiction films as cinematic game-sessions, this paper wishes to specify the type of game that is relevant to the analogy. For one thing, we should point out that the players (the director and the spectator) must simultaneously cooperate and compete, thus making the situation a “zero-sum” competitive game, where players’ interests are not mutual, as well as a collaborative game. This double nature of the game – at once competitive and collaborative – explains why this article defines narrative cinema as a mixed-motif game. 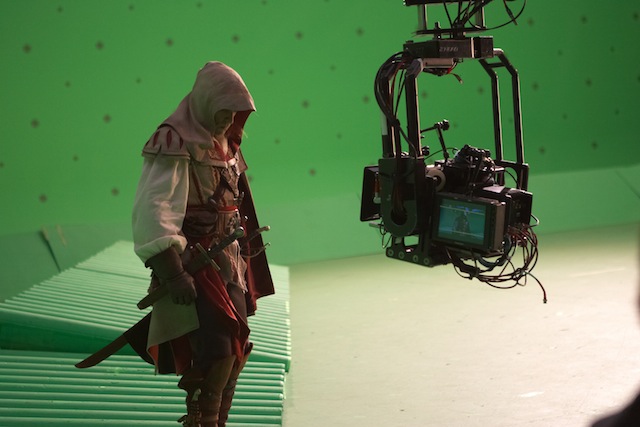 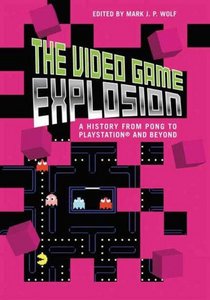 Picard, Martin. 2008. "Video Games and Their Relationship with Other Media". In Mark J.P. Wolf (ed.), The Video Game Explosion: A History from Pong to PlayStation and Beyond, p. 293-300, Westport : Greenwood Press. [ pre-publication PDF] 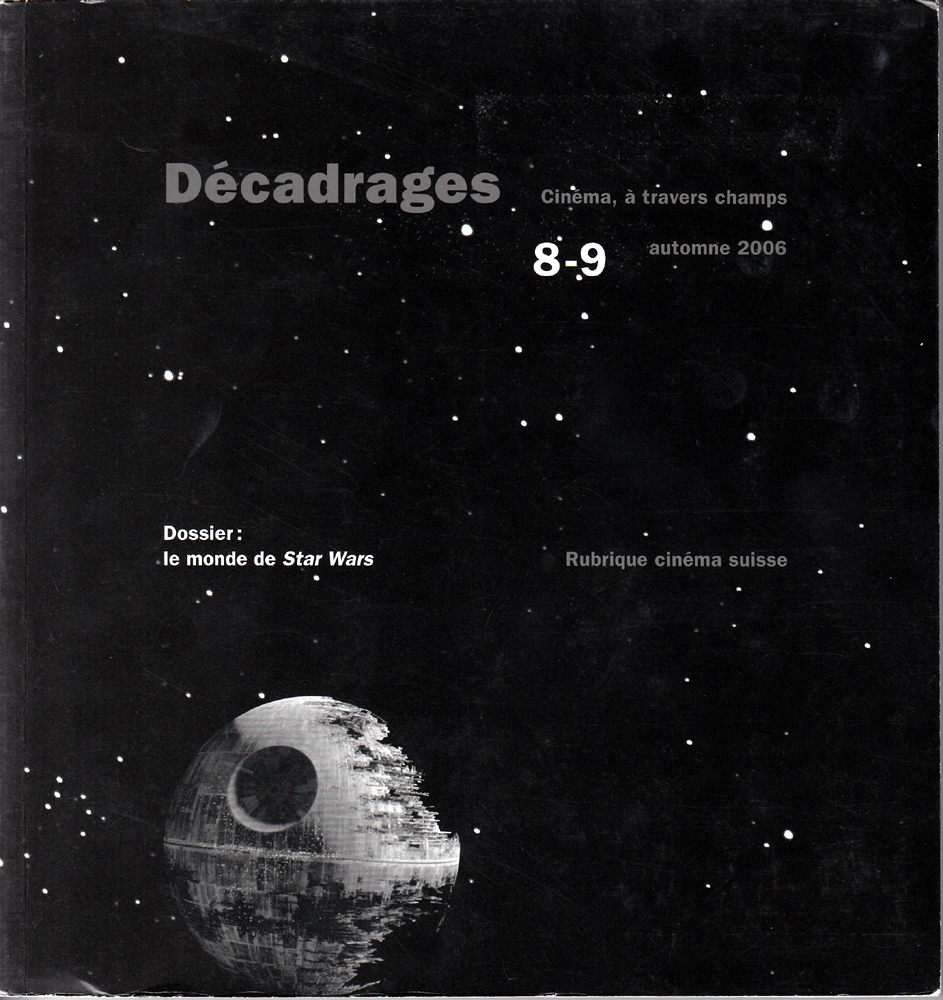 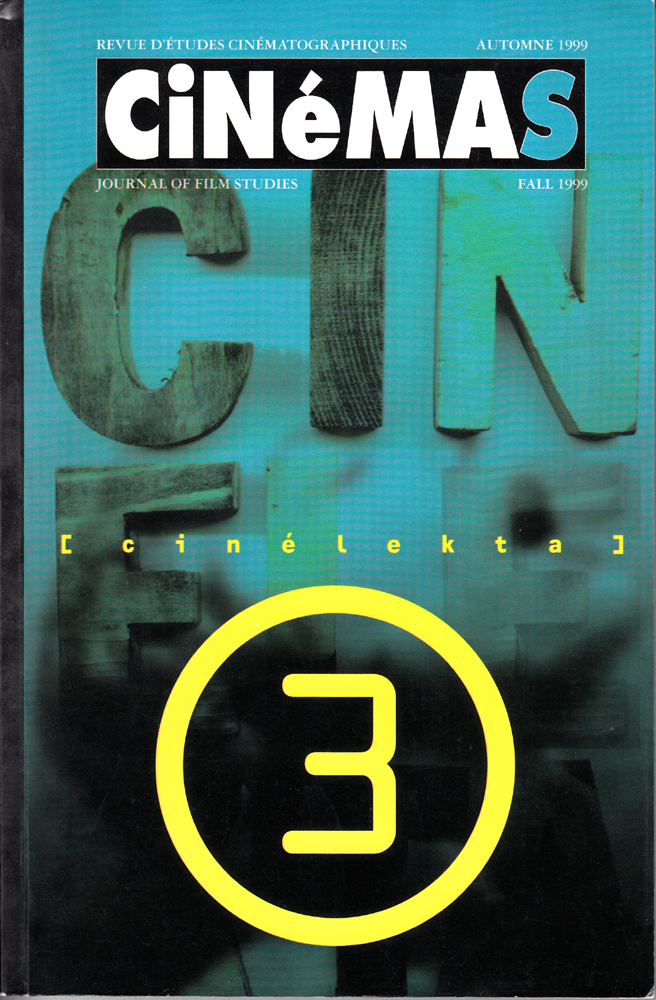 The author sketches out a very fruitful analogy between play and narrative cinema. He starts out by succinctly defining the constitutive characteristics of play activities as they are established by narrative cinema, then proceeds to a study of their principles through the analysis of Clue (Jonathan Lynn, 1985), the film adaptation of Parker Brothers' famous board game. 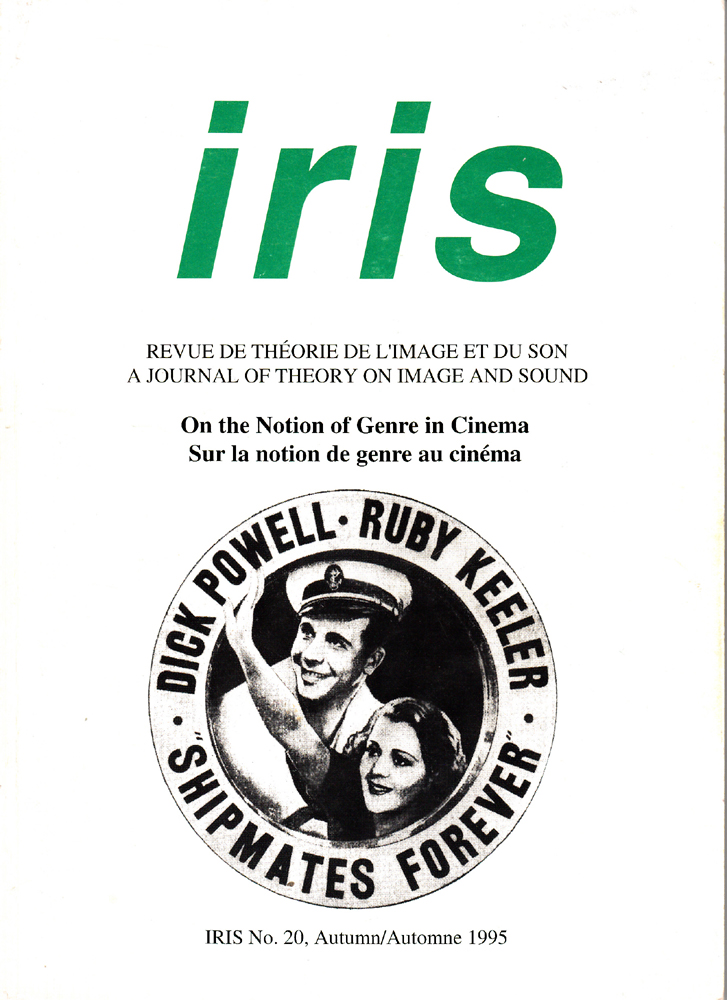 Barthélémy Amengual defines a genre as a "machine to make think". Certainly, since a genre film is seen as a prefabricated narrative that assumes a set of conventions and expectations, it is relevant to study the perceptual and cognitive processes mobilized (consciously or not) during the viewing of a film. movie. Analyzing House by Steve Miner (1986), the author shows how the viewer is constantly engaged in a perceptive-cognitive cycle as it produces meaning and pleasure in a cinematographic genre and narrative cinema in general. During this perceptual-cognitive cycle, the top-down mode of perception remains the most significant. In the end, the author emphasizes that the fundamentally playful space of the genre (and of all narrative cinema) is almost always the theater of a confrontation between the director and the spectator. 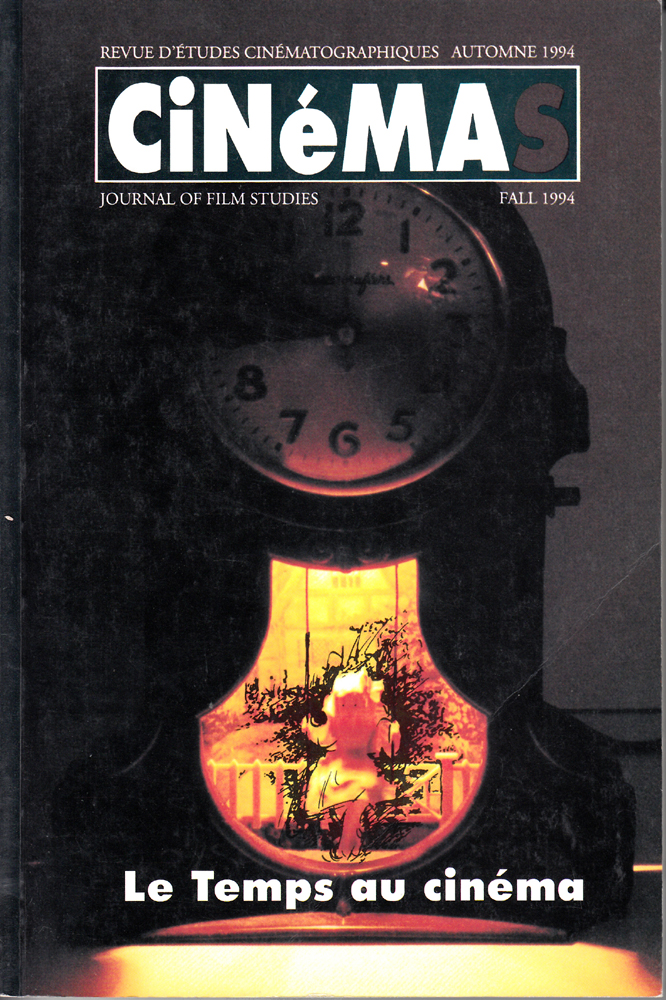 Filmic temporality is here analyzed in terms of the constraints imposed at the time of projection. Because a film is projected in real time, the understanding of its plot requires a perceptual and cognitive effort on the part of the spectator. And filmic narration takes advantage of this spectatorial effort. In an analysis of Jonathan Demme's The Silence of the Lambs (1990), the essay studies the memory mechanisms, the inferential processes and the two modes of perception — bottom-up and top-down — that are mobilized in the viewing of a film. 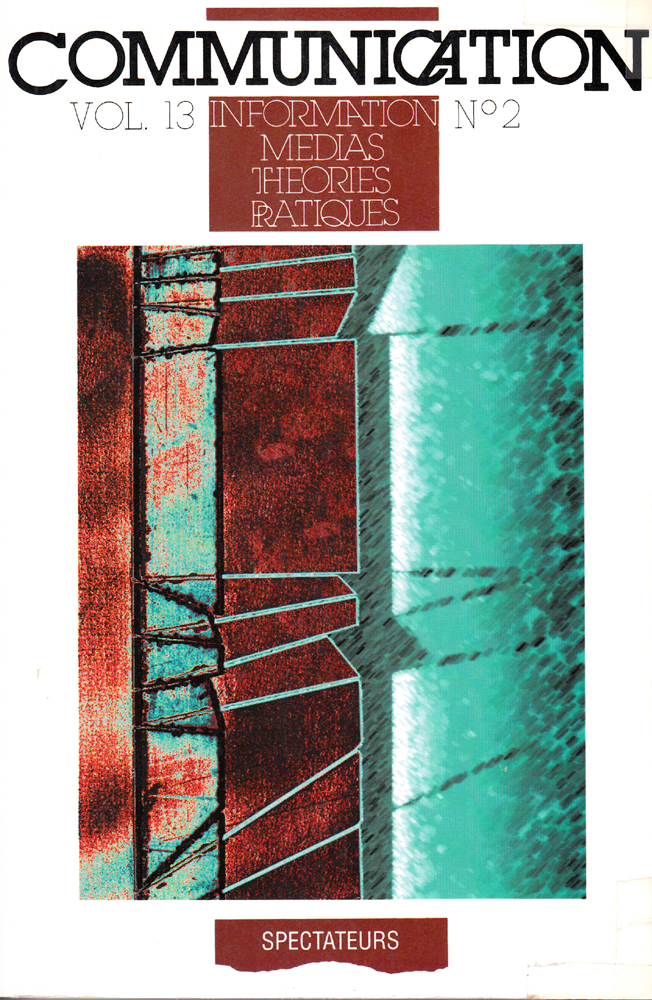 This thesis focuses on film-viewing-in-progression (spectature-en-progression), that is, of the film viewers’ active perception and cognition. In fact, the objective is to come back to the original program of semiology — «?understanding how the film is understood?» — in order to study the viewers’ trajectory while watching a narrative fiction film.

The first part of this thesis questions the principles borrowed from structural linguistics by comparative film narratology. On one hand, Benvenist’s analysis of enunciation gives a priori to the narrating authorities, which are presupposed in the understanding of the “order of things in themselves”. On the other hand, Genette’s analysis of the narrative is founded on the story, which refers to a set of already-told events (re)arranged in a chronological sequence. In one case or the other, these methods have left out of the picture both the viewer and his experiential path.

Since it appears difficult to understand “how the film is understood” without giving prominence to the cognitive aspects of the viewers’ activity, the second part of this thesis takes advantage of researches founded in cognitive science. The viewer’s own tendency towards narrative organisation, comprising his or her schematic knowledge, horizon of expectations, mnemonic activity, anticipations and their modes of perception and information processing are then examined. Still in its infancy within the field of film studies, the use of cognitive science’s concepts actualizes and renews our perspective on a film’ reception. The study clearly demonstrates that the understanding of narrative films relies on a vast prerequisite knowledge. Thus, by shifting from an enunciative to a cognitive frame, viewership is defined as an interaction with the movie.

Then, the final part of the thesis follows a theoretical path unexplored by film studies: the notion of play. Because play is without matter and must be acknowledge by the mind, it prolongs the discussions of the second part. Consequently, by making use of the philosophical heritage of play theory (Johan Huizinga, Roger Caillois and Hans-Georg Gadamer), the constitutive principles of play mobilized by narrative cinema are outlined in order to designate – following Gadamer – a film ontology founded upon play. Fictional and narrative films are then considered as game sessions and are divided between two poles: theludus-illinx pole, which favours the gratuitous enjoyment of speed and dizziness, and the ludus-agon pole, which compels the viewer to focus and solve problems as well as to understand the plot. Furthermore, by consenting to partake in the game, the viewer inevitably complies with a system of rules. A system composed of four rules is introduced: the rule of attention, the rule of signification, the rule of configuration and the rule of coherence. Through this regulation, the viewer’s perceptual and cognitive activity is transformed in a pure ludic task.